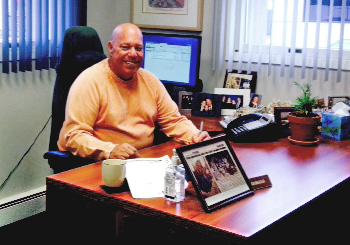 Warren has been the Managing Partner of Freeport Tax Service Inc. since 1986. In this capacity Warren is responsible for overseeing the daily operation of one of Long Island’s largest personal and business tax preparation businesses.

Prior to his becoming the managing partner, Warren was a teacher in the NYC Public School System for twelve years. He taught in The Bronx, near the Triboro Bridge. It was a very rewarding time in Warren’s life, teaching children who as adults still reach out to him today.

Warren moved to Syosset N.Y. with his wife Maddie in 1974. They chose this town to raise their two sons, Matt and Scott. As the boys grew, they became very involved in the town athletic leagues. This meant that Warren and Maddie also became as involved. As with most Long Islanders, involvement meant traveling the entire Middle Atlantic region to see the boys play soccer and basketball as well as coaching and eventually becoming Commissioner of Syosset athletics.